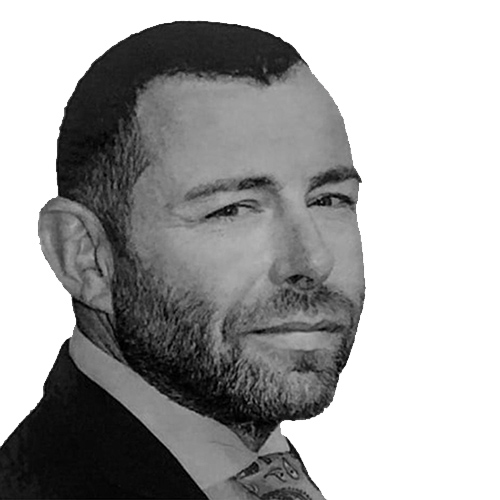 Damian has been employed within the legal field since leaving school at the age of 16, punctuated with a career break between 1990 and 1993 to pursue other challenges including sales, marketing and acting.

Damian is not only an accredited police station representative but also commands duty solicitor status and holds his Higher Rights accreditation, enabling him to appear in the Crown Court.

Not only does he have extensive expertise in Criminal Defence work, but his secondment to the Falkland Islands, afforded him vast experience in crime and regulatory crime relating to the Fisheries Act and Agriculture Act.

Damian's role within the Firm will be to generate new work locally through his role as a duty solicitor in the Magistrates Courts and Police Stations whilst assisting in the daily preparation of the Criminal Teams' expanding volume of high profile and paper heavy cases generated through its national website www.conspiracysolicitor.co.uk

Having graduated from the Liverpool John Moores University with a law degree, Damian has worked within the field with one of only two firms based on the Falkland Islands, and more latterly with Firms in Liverpool and Middlesbrough.

Conspiracy Solicitors represented LB in a large scale and a long running investigation into the supply of Class A drugs in Gloucestershire. The case involved 14 defendants and dates as far back as 2018. The defendants were accused of conspiring to supply...
Read more
Read More
Your choice regarding cookies on this site

Some cookies are essential, whilst others help us improve your experience by providing insights into how the site is being used. The technology to maintain this privacy management relies on cookie identifiers. Removing or resetting your browser cookies will reset these preferences.